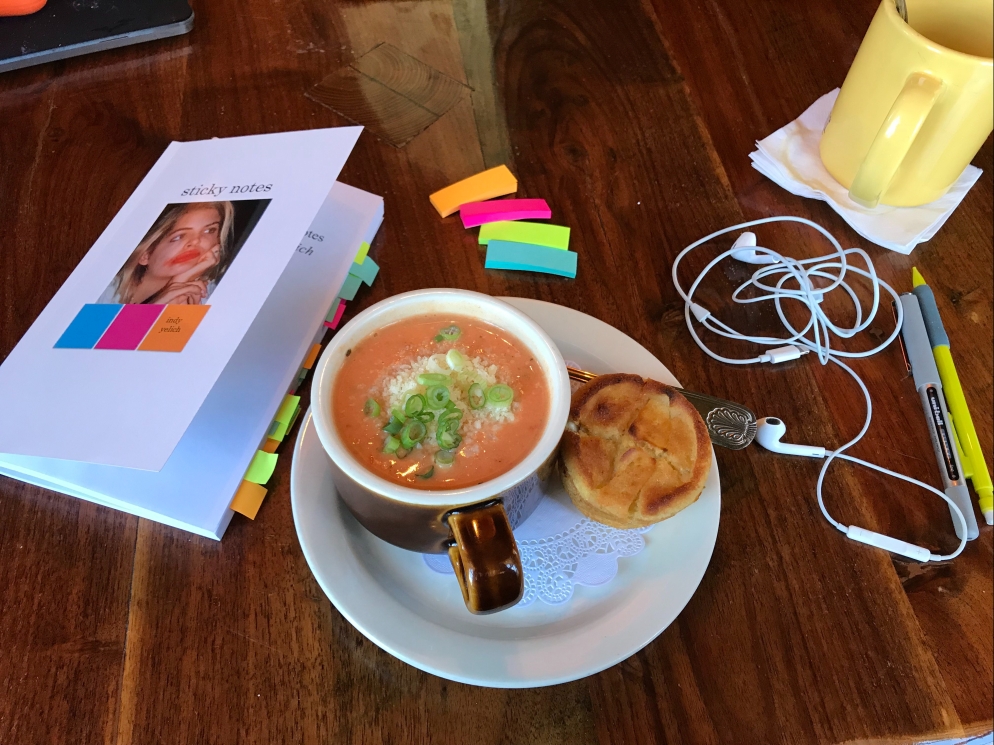 I don’t think it’s a huge secret around anyone who knows me that I have a huge, huge, huge respect for this family in general, as Ella (Lorde), is the person who pretty much helped me discover that there are people out there just like me, going through the exact same experiences. So, both her and her sister, the author of this book, Indy, I have been following on social media since around 2015. Basically, this family is a powerhouse of talent and creativity. However, I will not let any bias sway me in my thoughts towards this poetry book, so please keep that in mind.

I feel it’s only appropriate to give a bio of the author and then the description of the poetry book, in general.

Bio: Indy Yelich is a 19 year-old young writer living in a world of lights and loudness, hopping between LA and NYC (recently settling in NYC), who is the sister of the famed, young icon Lorde, and the daughter of accomplished, New Zealand poet Sonja Yelich. Indy likes M&M’s and writing sticky-note reminders to herself.

Description: sticky notes is the debut poetry collection from rising poet Indy Yelich, separated into to two section LA and NY. The poems in this collection tackle everything from heartbreak, to city life, to being “the sister”.

I had been aware that this was coming out for quit awhile, and was honestly half super excited, half nervous. The “half-nervous” part comes from the fact that, while it’s really unfair to compare Indy to anything but herself, I feel the world had a lot of pressure placed on her leading up to the work; she had a lot to live up to. While I understand that this stigma of being “the sister” or “the daughter” is something she wants to separate from and, as a student, is something that I try to not base my opinions on, it is an issue that is there and may be ignored by me, but won’t be ignored by some.

Before getting deeply into this, let me say I deeply commend Indy for taking that step and putting herself out there – stepping away from the stigmas that come with being the sister and daughter of people that already have such a huge reputation.

NOW, getting into the poetry itself…

It’s good. It’s actually quite good. But, just like anything, there are pros and cons.  Let’s get into it.

I marked the hell out of this one. Not with corrections, no, but just because I felt like it. 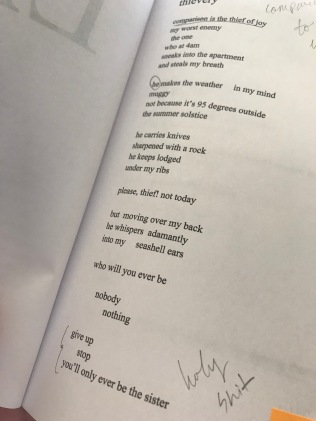 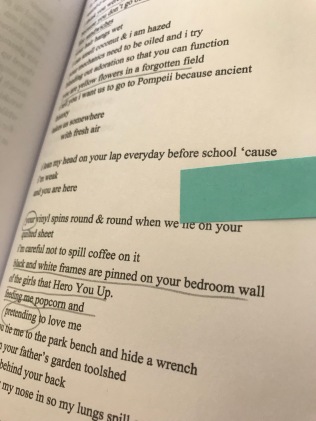 Starting with one of the pros, I felt like this book is, and is going to be, very easily accessible to people who aren’t that familiar with poetry already. All of the poetry is free verse, so you won’t see many rhyming patterns in it or anything, which I think helps it convey the emotions it wants to get through a lot easier without any of the cheese. I felt that, a lot of the time, the message Indy was trying to get across to the reader was usually pretty easy to get within the first read or two.

I feel this book does show a very wide variety of raw emotions and feelings that are easily accessible to youth (and older people reminiscing about youth), but also looking at many things from different perspectives. I felt that I was really digging into Yelich’s mind at some points.

I do have to say that I thought the two content pages in the beginning were actually poems because I’m…I don’t know. But, I’m quiet embarrassed by that, but I think Yelich should be proud that she managed to make poem titles that strung together in such a way that I thought them poems haha.

One point of contingency for me was that sometimes I felt some of the adjectives were a little over-used and could have been taken out and still had same effect on the reader, but I feel that is just any pattern you see with younger poets (including myself), so it’s nothing to really ACTUALLY fuss about, but I did have to mention it.

While the book is filled with a couple of Rupi Kaur type poems – really short, if we’re being basic about it – the majority of the book is filled with nice, full poems that make you swoon at some points (my favorites being “thievery” and “hero”, both from the LA side of the book). I feel that Indy is very in-touch with her emotions and knows how to convey that to the audience – managing to do so in her first collection

Overall, I felt that this was most definitely strong first publication from Indy.

I felt all of the content were things highly relatable to my life, especially as a new adult.   This book, from what I can see, has managed to get youth reading and get people actually excited about poetry, which is one thing that is so magical about this work. I feel like Indy has a lot more to say, and I’m excited to see it.

Indy is on her way to honing her poetic voice down to a tee, and this is an amazing start to that. I’m excited to see were her career grow.

But, for now, I think she’s definitely managed to separate herself from the title of “the sister”.

I did a really cool interview with a local poet that you can check out here!

My name is Daniel, and I’m here to try and give you the best possible reviews and tags about books.

Some of my favorite genres include YA and Adult Fantasy, Thrillers, and Contemporary/Realistic.

I’m an English literature major, and live in a town somewhere in the south. I have two cats, and a fiancé who I live with and keep me sane.

I look forward to chatting with you in the comments!